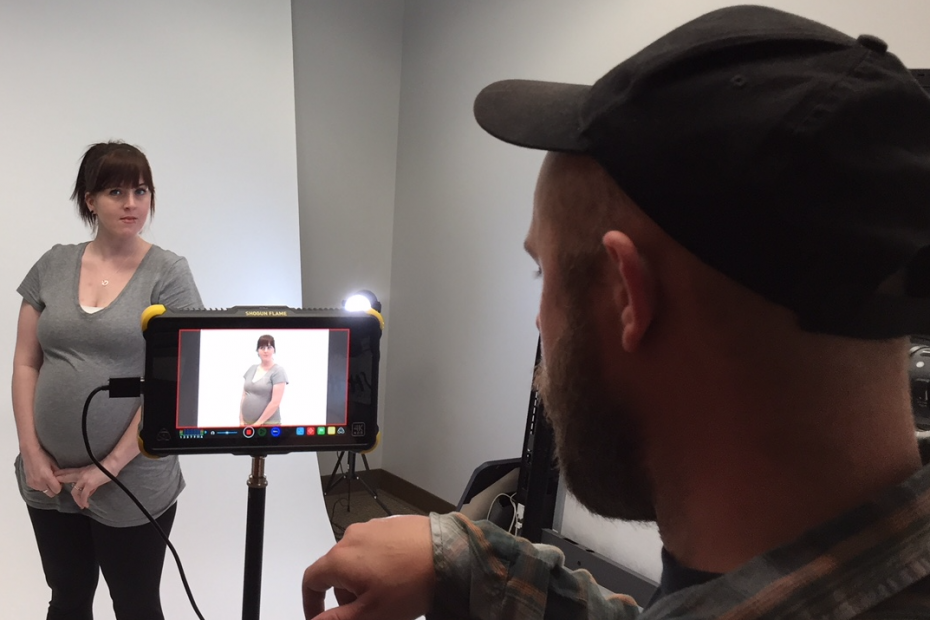 This is a story about collaboration, pop culture, and how ideas can evolve to fit their medium. It’s also about babies.

When it was time to craft a social media campaign for the TriHealth Cincinnati Baby and Beyond Expo—a parenting event that showcases unique vendors, pregnancy and wellness experts, as well as services for families and kids—we knew we wanted to incorporate some short, punchy video ads. Our campaign for the Cincinnati Holiday Market had underscored the value of snackable, shareable videos, so we were eager to try to capture lightning in a bottle again for Baby and Beyond.

Senior Writer Stephanie Meinberg and Motion Designer Scotty Swemba started with a Rocky concept—the idea of training for parenthood, getting pumped up, making sure you have the right gear. It was a great seed for an idea, full of energy and rife with potential for wit and eye-catching shots.

But as the two of them brainstormed, the idea started to morph. We wanted to connect with three demographics: people with babies on the way, people with babies and small children, and grandparents. Could the Rocky idea hit all three targets? People who already had kids in their lives weren’t quite “training” for the big event—they were living it. How could we keep this energy and make the idea broader?

It just so happened that Scotty had recently seen Baby Driver, the stylish Edgar Wright heist movie that makes clever use of quick cuts and crisp sound effects. Eager to emulate Wright’s aesthetic—and chuckling over how apropos the movie’s title was—they brainstormed three scenarios: a pregnant mom getting ready for the big day, a new mom loading up baby gear for an outing, and a grandmother stocking up on supplies for babysitting her small granddaughter.

Now all they had to do was find props and talent. Did we mention that, due to the event’s recent acquisition by Cincinnati Magazine, we were working under a shorter timeline than usual? Luckily, we know a lot of talented and adorable people. We recruited Scotty’s quite pregnant wife, Heather; Steph’s friend, Rachel, and her beautiful baby, Max; Designer Sarah Fisher’s spunky two-year-old, Chloe, and our very own Media Buyer, Gail Back, as our incredibly youthful grandma. All adults absolutely nailed the “tough mother” attitude we were going for, and the kids dug deep and were hella cute.

Sound effects are a big component of the Edgar Wright style. While the videos were filmed without audio, Scotty gathered supplies and created the crisp, oddly satisfying “whoosh,” “zip!” “click,” “clatter,” sounds you hear. Sarah voiced “You ready?” at the end of the baby scene—you may have to watch a few times to see that Rachel isn’t actually mouthing those words.

In about a week from brainstorm to finished product, we had videos we felt were perfect for social media sharing: colorful, short spots that didn’t depend on sound, with shots viewers might want to watch repeatedly, and the deceptively simple question in text onscreen: “You ready?”

From shares to page likes to direct ticket sales, our videos for Baby & Beyond were a win all around—all thanks to knowing our audience and our medium, being open to changing ideas, and absorbing the influences around us.