Home » Japanese Wrestlers, Socks, and the Power of Influencer Marketing

Japanese Wrestlers, Socks, and the Power of Influencer Marketing 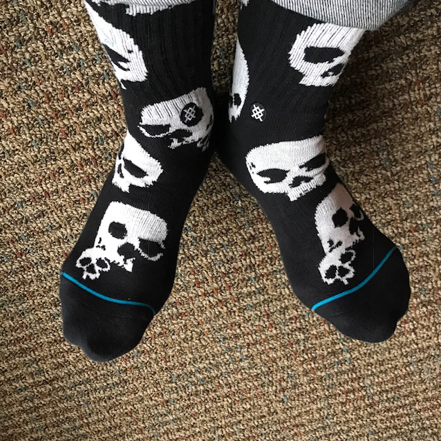 What could a Japanese pro wrestler do to convince you to buy socks? If, like me, you’re a follower of Suzuki Minoru on Instragram, all he has to do is post a daily pic of his STANCE socks, and you’re hooked. Influencer marketing is nothing new, and it’s long been understood that the right spokesperson could reach niche audiences (think of what Wilford Brimley’s “diabeetus” did for Liberty Medical).

But with social media reaching critical mass and the possibility for everyone to become their own publisher, channel and star, what influencer means is drastically changing—and so is the scale.

So-called “micro-influencers” have become the latest rage, and provide an inroad for smaller and more niche companies to leverage the power of influencer marketing.

By partnering with mid-tier and micro-influencers, companies can get access to uber-loyal and engaged audiences. This is because micro-influencers have earned their followers organically by creating original, authentic, trustworthy content.

For example, check out how mommy-blogger cosmic.american uses the backdrop of Joshua Tree for beautiful photo content that she seamlessly augments with pieces supplied by various brands.

Micro-influencers are responsive and available for opportunities. It’s much easier to get a YouTuber with 10,000 subscribers to show up to your upcoming event than it is to get the mega-star with two million. Smaller-scale influencers are eager to grow their reach and extend their presence offline, which can mean getting more mileage out of your relationship.

Finally, micro-influencers are a cost-effective way for companies to extend their reach digitally. Unlike celebrities, social influencers can be partnered with for relatively little, and by partnering with multiple influencers, companies can reach diverse audiences they never could through one macro-influencer.

So consider influencer marketing for your brand, especially if you have a very specific, niche audience. Odds are there’s a bowling ball-juggling paleo chef on Snapchat that can help you reach them.